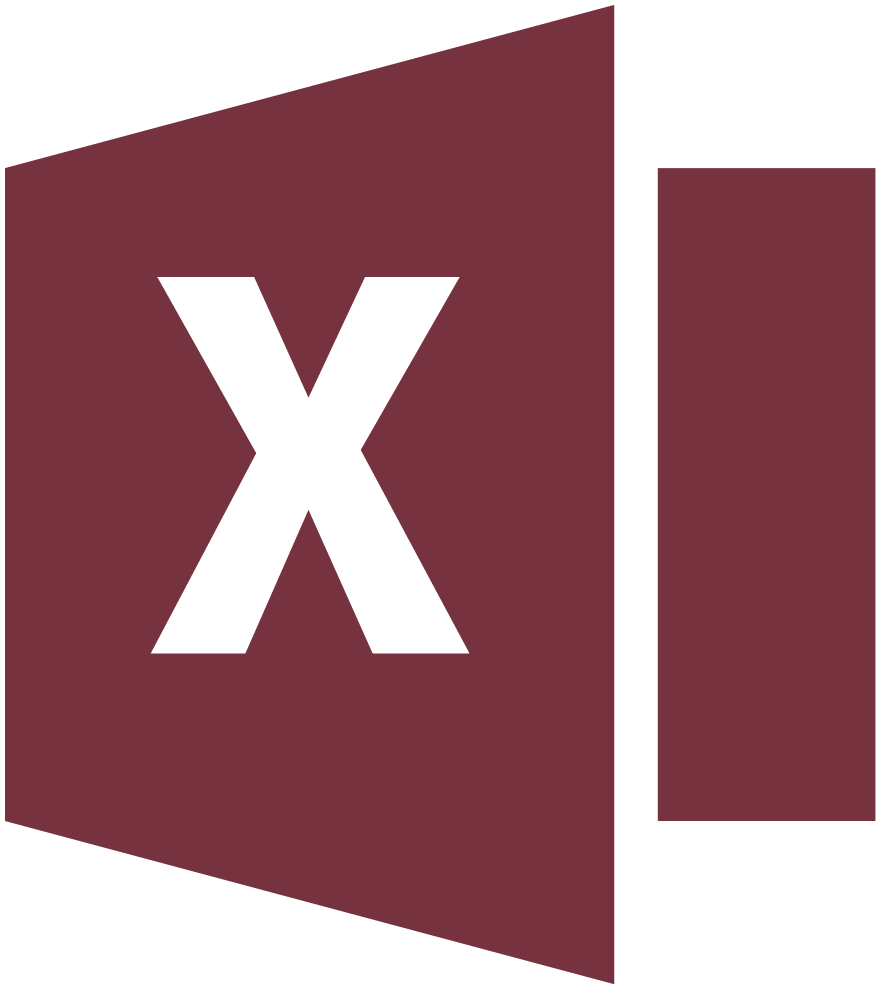 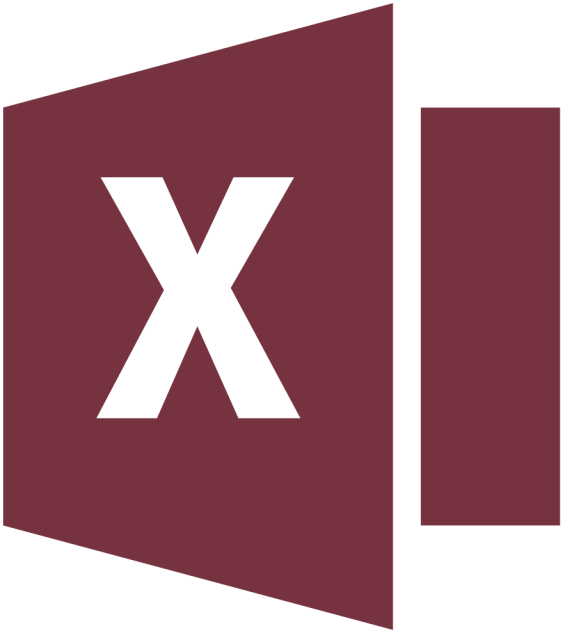 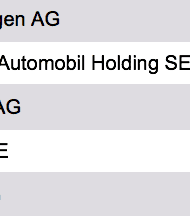 “The best overview of the largest German companies available on the market.”

Our up-to-date database of the largest companies in Germany is the product of yearlong research. Our unique database can be downloaded directly after your purchase. The list includes revenues, contact data, executive names and more. Our customers from all over the world use the list to acquire new customers, identify partners in order to conduct market research.

Our top-notch list of the largest German companies is the starting point for doing business in Germany. As a professional from a foreign country, you are an expert in your field and know how to convince companies of your product and services. But, you don’t know the market as good as we do. Through the list you can immediately access an overview of Germany’s most important companies – and thereby identify relevant customers in just a few seconds.

Our team has yearlong experience in market research and web crawling technologies. We worked for Germany’s most important companies, banks and investment firms. Our list of the most important German companies is based on sophisticated, manual research and Python-based web crawlers. Our lists have the highest possible quality standards, every entry is vetted manually and yearly updated.

The firms included in the list are active in various industries:

What are Germany’s 25 largest companies by revenue?

We are giving  insights into our list of the largest German companies and introduce you to the 25 largest companies by revenue. We report about the business activities and the current situation of each company.

The VW group is Germany’s largest car maker – and in steady competition with Toyota and General Motors for the global leadership. Through different sub companies Volkswagen consists of several different brands like Audi, Bentley, Bugatti, Lamborghini, Porsche, Seat and Skoda. Another area Is the commercial vehicles part of the company with brands like MAN and Scania. Volkswagen is globally active with 650,000 employees.

Mercedes-Benz is known for its luxury cars and also the most popular brand of the Daimler AG holding. Furthermore, Daimler is the manufacturer of vans, trucks and buses. The company’s main factories are located in Stuttgart-Untertürkheim and Sindelfingen. Globally, 300,000 employees are working for the company.

The BMW Group is headquartered in Munich and the third-largest carmaker in Germany. Besides the brand BWM, also the UK brands Mini and Rolls Royce belong to the company. BMW also manufactures motorcycles. BMW has 135,000 employees.

Uniper was created in 2016 as spin-off from energy company E.ON. During a complex restructuring the energy generation, energy trade and further business activities were bundled in Uniper. Meanwhile, the Finnish energy company Fortum acquired almost half of the company’s shares; a takeover is intended.

Bosch was started in 1886 as backyard-repair shop. Today, Bosch is one of the world’s largest car suppliers. Besides that, Bosch is also active in several different sectors: industrial technology, consumer goods, house automation. Bosch employs more than 400,000 people in the world.

Allianz SE is the German market leader  when it comes to insurances. The Munich-based company is also one of the largest insurers worldwide.  Already in 1890 the company’s rise began. Allianz is covering the whole insurance business. With „Allianz Global Investors“ the company also owns a major investment firm. In 2008, Allianz sold the Dresdner Bank (which also belonged to the company) to the German Commerzbank.

The Deutsche Telekom was started in 1995 as a spin-off of the German post. The company is today the market-leading telecommunication company in Germany and Europe. The brand Telekom caters the needs of private customers, „T-Systems“ is offering solutions for business customers.

BASF is – by revenue – the largest chemistry company in the world. The Ludwigshafen-based company has 115,000 employees and sites in more than 80 countries. Main business activities are the manufacturing of chemicals, plastics, system solutions, plant protection and oil and gas. The main factory in Ludwigshafen is the biggest chemical plant in the world.

The German post developed 1995 out of the German Federal Post. Today, the company is a global logistics player. The Deutsche Post offers parcel and post delivery in many countries across the globe. Especially the e-commerce boom helped the company to grow revenues.

German carmaker AUDI exists since more than 100 years. Fifty years ago, AUDI was acquired by Volkswagen. Since then, AUDI is a part of the Volkswagen group, but with own headquarters in Ingolstadt and a own brand. The main factories of the company are located in Ingolstadt and Neckarsulm. In total, more than 90,000 employees work for AUDI.

MunichRE is the world’s largest re-insurer. The Munich-based company was founded in 1880. For a long time, Munich-RE was connected with the German insurer Allianz. The insurance company „Ergo“ also belongs to MunichRE and is responsible for private and business clients.

Continental is mainly known for the manufacturing of tires. Today, the Hannover-based firm is one of the largest automotive suppliers in the world, also offering chassis and powertrain solutions. Since 2009, Continental belongs to the Schaeffler-Group.

Deutsche Bahn is still 100 percent state-owned. Formed in 1994 from the merger of Bundesbahn and Reichsbahn, the group operates long-distance and local passenger rail services as well as freight transport. The railway network is the largest in Europe. The complex group with over 300,000 employees has to struggle with its structures time and again.

The company name thyssenkrupp combines two traditional companies of German steel production. Steel is still the core business today. In addition, thyssenkrupp is active in international raw materials trading and as a supply chain management service provider. As part of a merger of steel activities with the Indian group Tata Steel, thyssenkrupp is realigning itself.

Bayer, headquartered in Leverkusen, is one of the world’s largest pharmaceutical and chemical companies. The Bayer Group is divided into three divisions: Pharmaceuticals (pharmaceuticals), Consumer Health (dietary supplements and non-prescription medicines) and Crop Science (crop protection products). Bayer intends to further expand its market position with the acquisition of the U.S. agricultural chemicals group Monsanto.

The history of ZF FRIEDRICHSHAFEN began in 1915 with gears and gearboxes. Today, chassis and driveline technology for vehicles form the core business and make the company one of the largest automotive suppliers in the world. ZF FRIEDRICHSHAFEN also has a broadly diversified Industrial Technology division. The company has almost 150,000 employees.

METRO was one of the pioneers of self-service wholesale in Germany in 1963 and in the following decades developed into an important retail group. Over the past ten years, the company has been completely restructured. The Kaufhof department store chain was sold in 2015 and the food business was spun off in 2017. The spun-off food division continues to bear the name METRO. It operates 760 METRO stores with 150,000 employees.

Deutsche Lufthansa AG is Germany’s largest airline and at the same time an international aviation group operating as the Lufthansa Group. The Lufthansa Group comprises the airlines Austrian Airlines, Brussels Airlines, Eurowings and Swiss. The subsidiary Lufthansa Cargo operates the air freight business. As part of the Star Alliance, Lufthansa cooperates with more than two dozen other airlines worldwide.

After Allianz, Munich Re and Ergo, the Talanx Group is number 3 in the German insurance market. The main owner is HDI VvaG. A large number of insurance activities are bundled under the Talanx umbrella. Talanx includes Hannover Rückversicherung – a major reinsurer -, HDI Haftpflichtverband der Deutschen Industrie, HDI-Gerling Industrieversicherung, PB Versicherung and Targo Versicherungen.

EDEKA is one of the major players in German food retailing and at the same time a complex organisation in which cooperative and group structures coexist. EDEKA ZENTRALE AG & Co. KG in Hamburg bundles important participations of the group and is a partner of the EDEKA regional companies, which in turn stand side by side with the EDEKA shops. EDEKA ZENTRALE accounts for approximately two thirds of the group’s sales.

Porsche – based in Stuttgart-Zuffenhausen – is a world-famous sports car manufacturer. Porsche AG has belonged to Volkswagen as a subgroup since 2009, but Porsche remains an independent brand. The company has approximately 30,000 employees.

Deutsche Bank has existed since 1870 and is still Germany’s leading bank. Structural problems, the financial crisis and billions in fines for financial scandals have weighed on business and reputation in recent years. The formerly independent Postbank now is a part of Deutsche Bank. A planned merger with Commerzbank has failed for the time being. How the bank will position itself in the future remains to be seen.

CECONOMY is the former Metro Group in a changed form. In 2017 the food business of Metro AG was spun off, the remaining business with entertainment electronics is continued under the company name CECONOMY. The name is still little known, but the two chains Saturn and Mediamarkt are well known in Germany. CECONOMY has around 54,000 employees.

RWE is one of the oldest energy suppliers in Germany which was founded back in 1898. Today, RWE is also an energy supplier in other European markets (including the Netherlands, Great Britain and Eastern Europe). In recent years, the Group has undergone fundamental restructuring. The subsidiary innogy was founded in 2016 and has since been sold to E.ON. In return, RWE took over the renewable energy business of innogy and E.ON.